A lot of things happen as we grow older. Some of them are good (senior discounts!) while others are less pleasant (receding hairline, anybody?). Hearing loss falls under the second category. It isn’t an inevitable part of aging, but the older you get, the more likely you are to experience a decline in hearing ability. 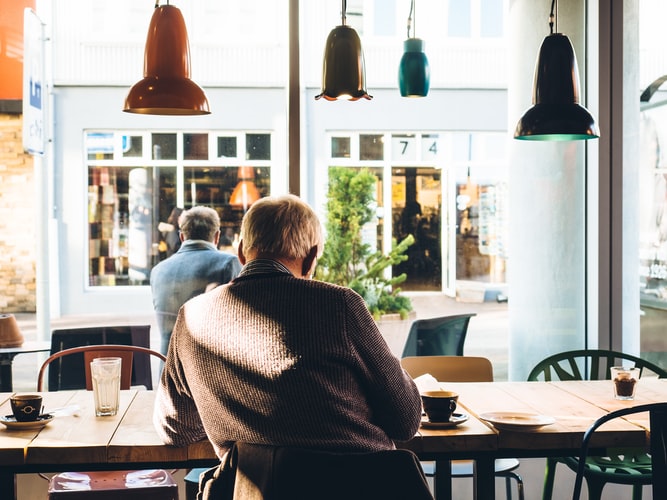 About 48 million Americans have hearing loss to some degree. That translates to about one in five people in Bellevue. About one-third of those individuals are 65 or older.

How likely is age-related hearing loss?

By the age of 75, your odds of having hearing loss are about 50 percent. This is the result of a lifetime of noise exposure and the effect that has on the nerve cells in the cochlea that are responsible for processing sound.

With hearing loss comes the potential for serious health complications.

Cognitive decline has long been associated with hearing impairment, but evidence was circumstantial at best.

Do studies show a relationship between cognitive imparment and hearing loss?

A group of researchers at the University of California School of Medicine published a study in the February 12, 2019 issue of the Journal of Gerontology: Series A Medical Sciences that offers more conclusive data about a link between the two.

Linda K. McEvoy, Ph.D., a professor in the school’s Radiology and Family Medicine and Public Health departments, led the study. Her team followed 1,164 participants with an average age of 73.5 over an extended period of time (in some cases, as long as 24 years), periodically administering hearing and cognition tests roughly every four years. None of the test subjects wore hearing aids at the time of the study.

The results indicated there is a correlation between hearing loss and cognitive impairment.

Around half of the participants had a mild hearing impairment and 16.8 percent were diagnosed with moderate to severe hearing loss.

McEvoy believes that “higher education may provide sufficient cognitive reserve to counter the effects of mild hearing loss, but not enough to overcome effects of more severe hearing impairment.”

Researchers were also surprised that a lack of social engagement did not appear to correspond with higher rates of cognitive decline as has long been assumed. Perhaps a lack of mental stimulation has less to do with cognitive impairment than previously thought, though further testing is needed before any conclusions can be drawn.

The bottom line is this: physicians should acknowledge that older patients diagnosed with hearing loss are more likely to experience cognitive impairment. They should place an emphasis on hearing loss prevention and early treatment in order to limit the cognitive effects of an impairment.

What can you do?

If you are over the age of 50 and have noticed a decline in your hearing, make an appointment with an audiologist at Hill Country Audiology today.